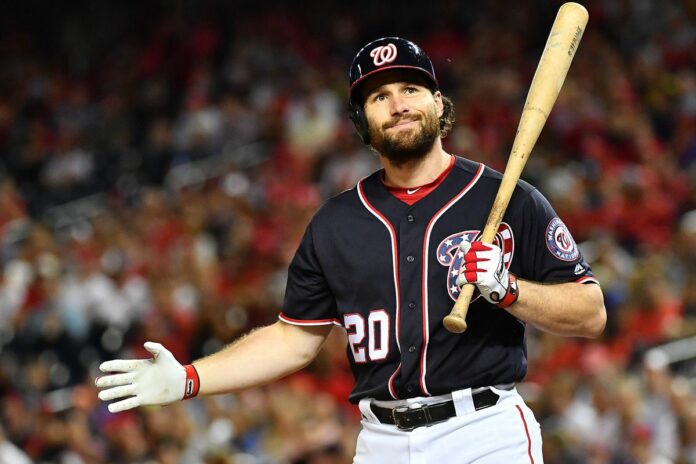 According to SNY, former Washington Nationals and New York Met player Daniel Murphy is retiring from Major League Baseball after 12 years of playing.

Murphy would make All-Star teams with the Nationals in 2016 and 2017. He finished as the runner up to Kris Bryant in National League MVP voting in 2016.

Before playing for the Washington Nationals, Murphy was part of the New York Mets team who reached the World Series in 2015.

Firmly established by 2015, Murphy went on the tear that will forever define his career and ensure passionate ovations at Citi Field for the rest of his life. Make no mistake: Murphy earned a place in the pantheon of great Mets.

He carried it into the postseason and set a record by homering in six consecutive games. In a National League Championship Series sweep of the Chicago Cubs, he batted .529 and was named MVP.