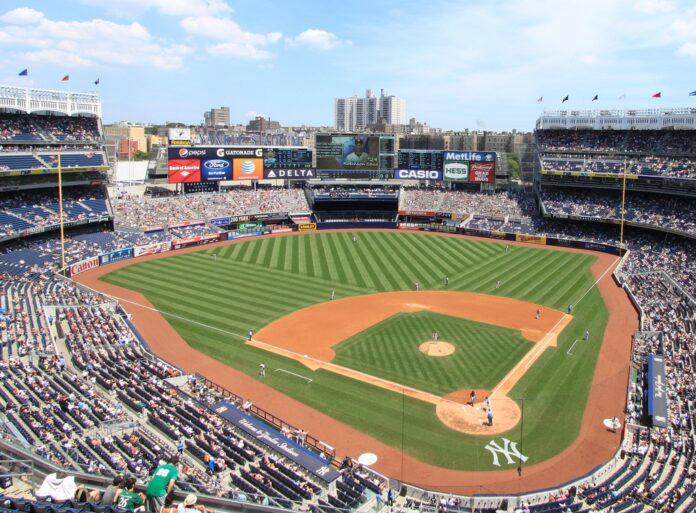 By: Brandon
All NewsFeaturedSeries Preview

It’s Up To You New York, New York: The Washington Nationals Travel to New York to Face off Against the New York Yankees

The Washington Nationals travel to New York to face the New York Yankees for the first time in 2021, here is a series preview.

After finishing a six-games homestand against the Florida Marlins and Atlanta Braves, the Washington Nationals head north to the Bronx for an inter-league series with the New York Yankees.

The Nationals were in first place in the NL East for a couple of days before the Braves came into town and swept a three-game set. Washington is now tied for last in the division with Miami, but still only 2.5 games back in the mediocre NL East. There is still a long way to go, but the Nats could use some runs from their offense this weekend.

The Yankees are currently at 16-15 on the season after winning two out of three against the Houston Astros. New York lost the finale with ace Gerrit Cole pitching and will be looking to take it out on Washington.

Be ready for every Washingtion Nationals Baseball game this season by subscribing to GameNotes. GameNotes get delivered evey afternoon before a Washington Nationals baseball game. Within GameNotes you will find the latest lineup, pitching matchup, injury report and analysis from the Nats Report all for FREE so make sure you subscribe today!

Here are the potential pitching matchups for the three-game series:

Patrick Corbin will be taking the mound first for the Nationals in Yankee Stadium on Friday night coming off a good performance his last time out. Corbin earned his first win of the season, surrendering only two runs in seven innings against the Marlins last Saturday. The left-handed starter has been very rocky this year, so it will be especially important for the Nats to keep him on track against a fantastic Yankee lineup.

The Yankees are throwing out Jameson Taillon for the first of three and he has not been impressive. Taillon has only reached five innings in two of his five starts, which could be good news for the Washington lineup, especially if Soto is able to play a full-time role in this series. The Yankees managed to win both games where Taillon reached five innings, including a victory over the lowly Detroit Tigers on May 1st.

On Saturday, Davey Martinez is giving the ball to his ace, Max Scherzer, who has been outstanding this year. Outside of the rough game against the Blue Jays, Max has been Max thus far. His last outing was just the latest in incredible performances by the future Hall Of Famer. Scherzer went all nine innings, striking out nine Marlins batters and throwing only 106 pitches, while finishing in time to make it to the hospital for the birth of his son.

The Yankees are throwing out offseason acquisition Corey Kluber to face off against Scherzer. Kluber, who has two AL Cy Young Awards in his trophy case, was acquired in the offseason to bolster New York’s rotation and, after a rocky start, has started to figure things out. He never lasted over 4 ⅔ innings in his first four starts but has been excellent over his last two. In his most recent start, Kluber allowed just two hits and struck out 10 batters in eight scoreless innings.

Joe Ross is taking the ball in the finale of this three-game set and has been as good as you could’ve asked from a fifth starter. With a 4.39 ERA, Ross’ only rough outing was the 10-run game against St. Louis. His last start against Atlanta, he only gave up two earned runs in 5.1 innings. Ross will be looking to continue his solid 2021 Sunday afternoon.

Facing Joe Ross will be fourth-year pitcher Domingo Germán, who has only been a full-time starter since 2018 for New York. After being built up in his first two starts, Germán has thrown six, seven, and five innings in his last three starts respectively, while giving up runs in two of those three. He did bring a 12-inning scoreless streak into his last start against Houston that was ended by a couple of homeruns.

Previous articleGameNotes: May 5, (Atlanta Braves vs. Washington Nationals)
Next articleMASN has been made aware of a sexual misconduct allegation against broadcaster F.P. Santangelo per the Athletic (updated with Statement from F.P. Santangelo + Bob Carpenter Comment)