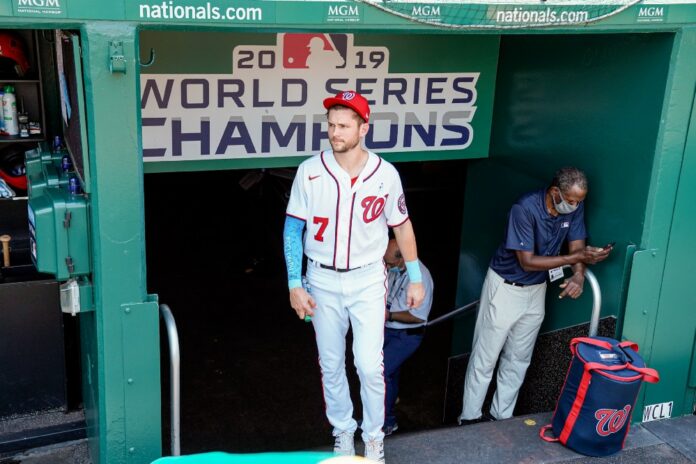 Washington Nationals outfielders Kyle Schwarber and Juan Soto and shortstop Trea Turner have been selected to represent the Washington Nationals in the 2021 Major League Baseball All-Star Game that will be happening in Denver after the league moved the game from Atlanta earlier this year.

It is the first All-Star selection for ALL three players. Schwarber and Turner were named to the All-Star Game rosters by Player Ballot, while Soto was selected by Major League Baseball.

He earned the selection after his historic month of June in which he led the National League in home runs (16), RBI (30), slugging percentage (.760) and OPS (1.122). His 16 home runs during the month were the most in any single month in Nationals history (2005-pres.) and the second-most hit in the month of June in Major League history behind Sammy Sosa (20 in June 1998), according to the Elias Sports Bureau.

On June 30 vs. Tampa Bay, Turner recorded the third cycle of his career. In doing so, he joined Adrian Beltré, Babe Herman, Bob Meusel and Long John Reilly as the only players in Major League history to record three cycles, according to the Elias Sports Bureau.

Sign up
Previous articleThe Banged up Washington Nationals Get Swept by the LA Dodgers
Next articleIs now the time for Rizzo to finally pull the trigger on a trade for Bryant?
- Advertisement -
You Might Like