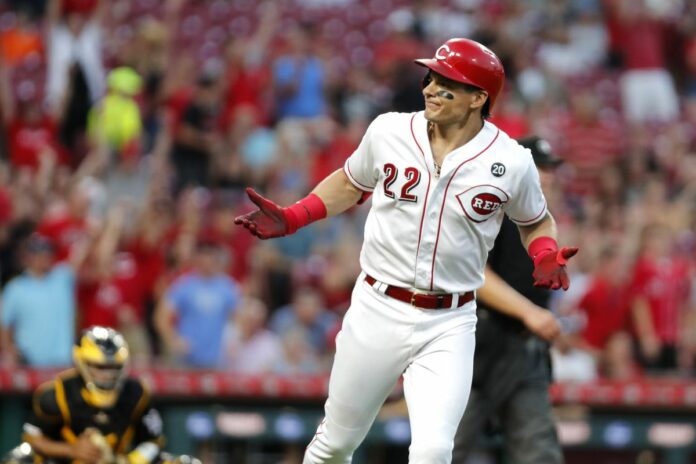 The Washington Nationals have reportedly added some depth by signing veteran Derek Dietrich. According to Robert Murray (Twitter Link), an MLB insider Mike Rizzo has signed the 31-year old who played for the Rangers in 2020 and was released by the Yankees earlier this month. He bats Left-handed, and with some potential power and the ability to play multiple spots, the Nationals are adding much-needed depth due to a whole host of injuries.

(Related Article: Is now the time for Rizzo to finally pull the trigger on a trade for Bryant?)

Dietrich over his eight years in Major League Baseball has a batting average of .245 with 84 home runs, 318 RBI’s, seven stolen bases, and an OPS of .765

While primarily a second baseman, Dietrich has also played left field and third base during his career.

We all know that the Nationals depth has been challenged over the past few weeks, with notable injuries such as utility infielder Jordy Mercer landed on the injured list with a quad strain last week, and slugging outfielder Kyle Schwarber suffered an apparently significant hamstring injury.

The Latest on the Nats Report

Sign up
Previous articleIs now the time for Rizzo to finally pull the trigger on a trade for Bryant?
Next articleSeries Preview: Washington Nationals vs. San Francisco Giants (July 9, 2021 – July 11, 2021)
- Advertisement -
You Might Like