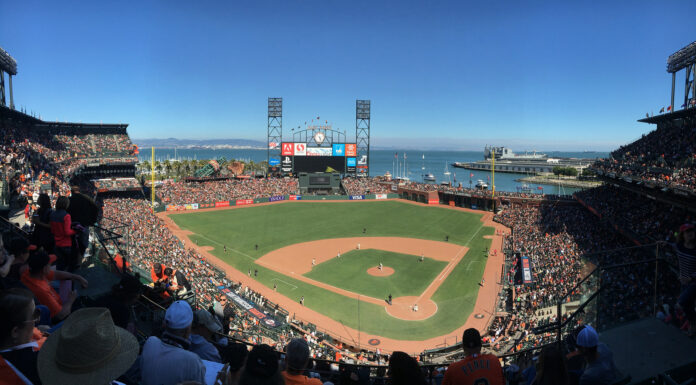 By: Richard
All News

Let’s take a look at the projected pitching matchups for the series against the Giants.

Paolo Espino kicks things off for the Nationals’ final series before the All-Star break. His last outing, July 3 against the Dodgers, saw him go 4.1 innings and give up three runs. It was a nice effort against a really good team and helped continue Espino’s fantastic season. He has faced the Giants this season also, pitching 3.1 innings after Scherzer had to leave the game after just one out. He gave up only one run and tallied five strikeouts against the NL West leader.

The Giants are throwing out 24-year-old righty Logan Webb, who has already made 10 starts this season, going 4-3 in those starts. Webb has never faced off against the Nationals, but does have 14 total appearances in his home park, Oracle Park. He has a career ERA of 4.04 at home, but it is down to only 1.89 this season in four games.

Jon Lester takes the mound for the second of this three-game series, but he has been struggling of late. In June, Lester pitched five or more innings in four of his six starts, but the other two games saw him pitch 3.2 and 2.1 innings each. His last three starts have seen him go five innings or less, including only 3.1 innings last time out against the Padres. He gave up two runs and four walks on 83 total pitches before being pulled. Lester has made six starts against the Giants in his career, going 5-1 with an ERA of 2.00.

Facing Lester is the Giants’ second leading pitcher, Anthony DeSclafani. DeSclafani has been excellent this season with his 2.84 ERA, down from his career number of 4.10. He faced the Nationals on June 11th in DC, pitching a complete game shutout with eight strikeouts in a 1-0 win for San Francisco. He has two complete games this season and was able to pitch 8.2 innings on 107 pitches in his last outing.

The final game before the All-Star break gives us Fedde vs. Gausman. Fedde had been doing very well up until his last two starts, which had an IL trip in between them. He pitched 8.1 total innings in those two and gave up 11 total runs. However, he did pitch against the Giants on June 12 and gave up zero runs in five innings to go with seven strikeouts. Against the Giants, Fedde is 2-0 in two starts, giving up zero total runs.

(Related Article: Is now the time for Rizzo to finally pull the trigger on a trade for Bryant?)

The Giants get to throw their ace out against Fedde Sunday afternoon, and he is having an outstanding season thus far. Kevin Gausman’s first start against the Nationals was the same June 12 game Fedde started, and he only lasted four innings, giving up two runs and two walks. Even though it was a seven-inning game, the Nationals were still able to get some runs on the board against a very good pitcher, which will be needed again this weekend.