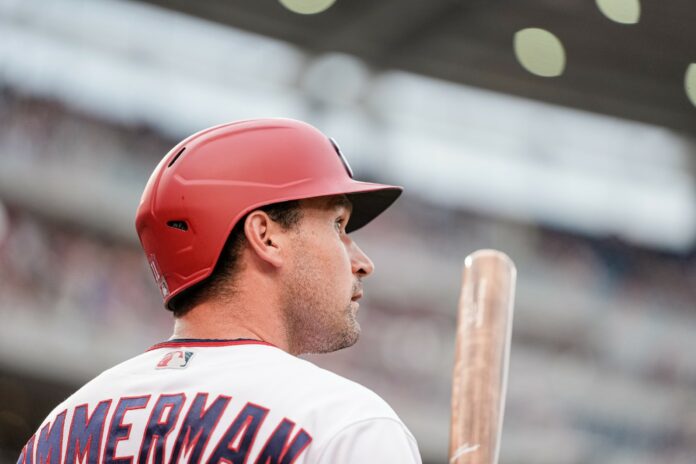 By: Brandon
All NewsSeries Preview

Series Preview: After dropping 3 out of 5 to the Mets, the Nationals travel to Atlanta to take on the Braves

Nationals get back to a normal schedule for three against Atlanta.  Let’s take a look at the projected pitching matchups for the series against the Atlanta Braves.

First up for the Nationals is the righty Paolo Espino who is looking to have a bounce-back September after a tough August. He gave up three runs or more in three of his five starts, while his first start this month saw him pitch 5.1 innings while giving up only two runs. Espino last pitched against the Braves on August 15th where he gave up five runs in only four innings pitched. Espino has a 4.09 ERA in six career appearances against Atlanta.

For the Braves, they will throw Max Fried first in this series. He has been lights out since the beginning of August with a 1.62 ERA in that time frame. He also has two starts against Washington over that time where he only gave up two runs in 12 total innings pitched. Fried has faced the Nationals 11 career times and has an ERA of 4.93.

The veteran Sean Nolin gets the start in the second game of this series for the Nationals. Nolin has gradually improved with the Nationals since his rough start back in August. He has managed at least five innings in his last two starts while giving up only two runs in those games. Wednesday night will be Nolin’s first appearance against Atlanta this season and for his career.

The Braves have yet to announce their starter for Game two.

Erick Fedde takes the mound for the third game of this series where he is looking to rebound after a rough August and start to September. While he did have two great starts, the others have been very mediocre to bad. His previous outing against Atlanta on August 6th saw Fedde pitch 4.1 innings and give up four runs on 93 pitches. In seven career appearances against Atlanta, Fedde does have a staggering ERA of 11.92.

For Atlanta, they will pitch the young right-hander Huascar Ynoa on Thursday night against Washington. He hasn’t pitched a lot this season but is having a solid year thus far. He only has four starts since the beginning of August with an ERA of 3.52 in that time, but he does show the ability to pitch at least five innings. In his short career, Ynoa does have five appearances against the Nationals where he is 1-0 with a 3.10 ERA.

Previous articleGame Recap: Nationals are able to close out their 2021 season against the Mets with a Curly W
Next articleReport: New York’s highest court to hear Orioles-Nats TV MASN dispute

Down on the Farm…. Minor League Baseball Teams End the 2021 Regular Season