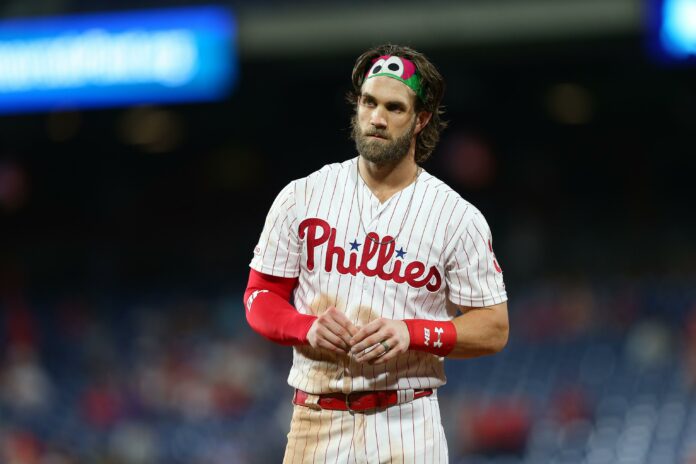 Philadelphia Phillies outfielder Bryce Harper was named the National League MVP, for the second time in his career.

The announcement was made via the MLB Network on Thursday night. Harper won in 2015 with the Washington Nationals.

Harper is the 12th multiple winners of the National League award. Barry Bonds was a seven-time winner. Schmidt, Stan Musial, Roy Campanella, and Albert Pujols won three times each. Harper joins two-time winners Carl Hubbell, Willie Mays, Ernie Banks, Johnny Bench, Joe Morgan, and Dale Murphy. There have been 15 multiple winners of the American League award. Frank Robinson is the only player to win the award in both leagues, in the NL with the Cincinnati Reds in 1961 and in the AL with the Baltimore Orioles in 1966.

Harper also joins Robinson as having won the award for two different clubs. Two AL winners also won for two clubs — Jimmie Foxx with the Philadelphia Athletics in 1932 and ‘33 and with the Boston Red Sox in 1938 and Alex Rodriguez with the Texas Rangers in 2003 and with the New York Yankees in 2005 and ‘07.

For only the second time since the addition of wild cards in postseason play dating to 1995 the top three finishers in the NL MVP race were on clubs that failed to qualify for the postseason. The other time was also when Harper was the MVP, in 2015 with Paul Goldschmidt second and Votto third.

Ballots, submitted before the start of the postseason, were cast by two writers in each league city. They are tabulated on a system that rewards 14 points for first place, nine for second, eight for third on down to one for 10th.