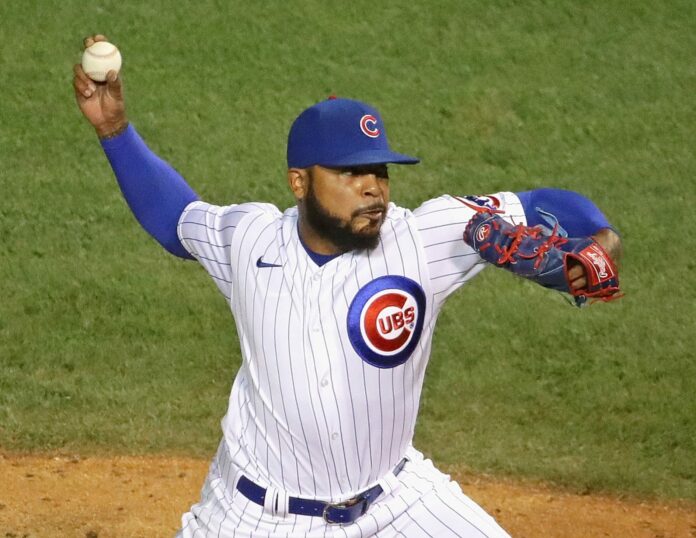 According to Mark Feinsand of MLB.com, the Washington Nationals are among the ten teams interested in Jeremy Jeffress. Additionally,according to Feinsand, other interested teams include the Mets, Blue Jays, Red Sox, Chicago Cubs, Houston Astros, LA Dodgers, and the Philadelphia Phillies.

It is interesting to see the Nationals linked to a reliever at this point in the offseason. Many rumors around the Washington Nationals have been about catchers, outfielders, and some other players.

If this is true, this might signal that GM Mike Rizzo has finished his lineup for 2021 after adding first baseman Josh Bell and OF Kyle Schwarber and is now looking at the pitching market as the next hole to fill in the list of spots that need to be filled.

Jeffress has been a reasonably reliable pitcher since 2014 but has also never been a very dominant reliever. One concerning trend is that his velocity has dropped three years in a row, and his peripherals might catch up to him in 2021.

Two Questions to think about:

1) Could Jeffress be moved from the bullpen to become a starter or at least given a chance to be a starter?

2) Could Jeffress be considered the other closer along with Daniel Hudson? Therefore, it makes sense to sign him?

Either way, as of now, we are less than a month away from Pitchers and catchers reporting!

Be ready for every Washingtion Nationals Baseball game this season by subscribing to GameNotes. GameNotes get delivered evey afternoon before a Washington Nationals baseball game. Within GameNotes you will find the latest lineup, pitching matchup, injury report and analysis from the Nats Report all for FREE so make sure you subscribe today!

Sign up
Previous articleIn the Clubhouse with Mike Carozza, CEO of What Pros Wear
Next articleReport: The Washington Nationals are Close to Signing Veteran Pitcher Jon Lester (Update: Confirmed)
- Advertisement -
You Might Like

The Morning Briefing: Trea Turner says again he wants to be a Washington Nationals’ player for life!