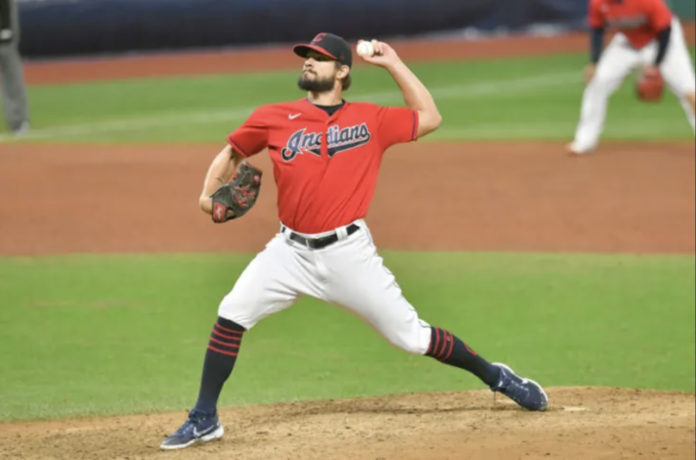 According to multiple sources, the Washington Nationals are in agreement with Left-handed pitcher and closer Brad Hand.

According to Jon Heyman, the deal is expected to be for one year. ESPN reports that the one year deal is for $10.5 million.

In the abbreviated 2020 season, Hand led the league with 16 saves and 21 games finished while producing a career-best 2.05 ERA and 0.77 WHIP. According to the Pitchf/X system, the 30-year-old southpaw relied mostly on his slider and a four-seam fastball that topped out in the low 90s during the season.

Hand made his Major League Baseball debut with the Florida Marlins in 2011 as a starter. After the San Diego Padres picked him up off of waivers in 2016,  the left-hander was converted into a reliever and struck out 111 batters with a 2.92 ERA in a league-best 82 appearances. He was an MLB All-Star with the Padres in each of the next two seasons, before he was traded to the Cleveland Indians for prospects.

The last time there was a full season, Hand notched 34 saves and an ERA of 3.30 for Cleveland while earning a spot in his third straight all-star game.

With the departure of Sean Doolittle in free agency, Hand will join Daniel Hudson as potential candidates to close out games for Washington this season.

Although the Nats have two left-handed starters in Patrick Corbin and Jon Lester, Hand is the only veteran southpaw reliever on the roster. During Spring Training next month, prospects Sam Clay, Seth Romero, and Ben Braymer could all be competing with non-roster invitees for a left-handed spot in Washington’s bullpen.