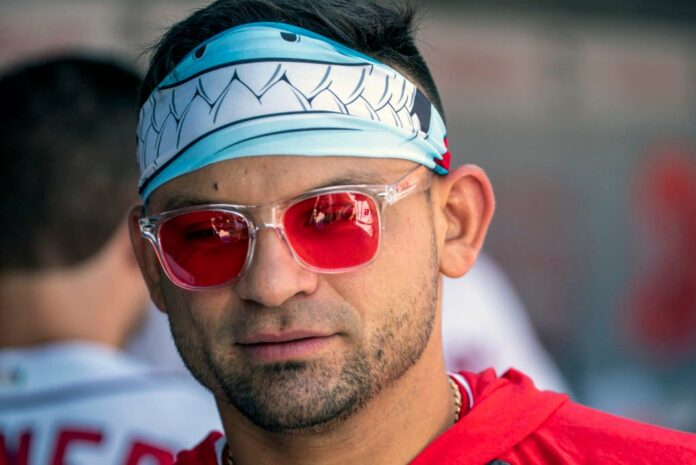 According to Talk Nats.com “Huge news for #Nats fans from Jake Burns, Executive VP, Business Operations, Washington Nationals, that if the #Nats have fans back in the stands they’re planning a #SUNGLASSES game #giveaway w/ sunglasses similar to those worn by Gerardo Parra and Anibal Sanchez made famous!”

According to Chelsea Janes, Washington Post National Baseball writer the Washington Nationals are bringing Gerardo Parra back on a minor-league deal. Gerardo Parra will have a chance to make the club out of spring training.

On November 20, 2019, Parra signed a one-year contract with the Yomiuri Giants of Nippon Professional Baseball. After the season completed, he became a free agent and from the looks of it, he will be returing to the Washington Nationals.

During his time with the Nationals, at the suggestion of his children, Parra changed his walk-up music to the popular children’s song “Baby Shark”.

We will update the article with more information as it becomes available.