Home Perspectives The Return of Gerardo Parra and what it means for the 2021... 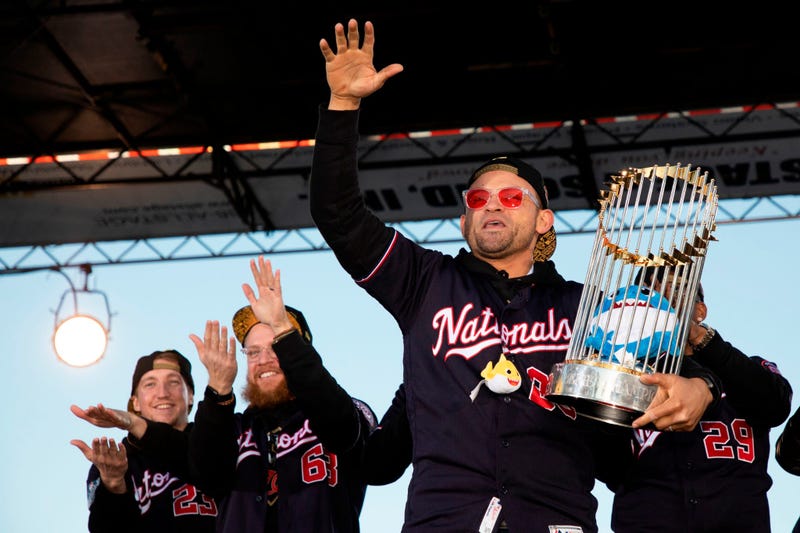 Sometimes the value and impact of a player on a team go well beyond their performance between the lines and cannot be measured by even the most advanced metrics. One Washington National player that fits this category is Gerardo Parra.

A player’s value can be measured in many different ways, from batting average to WAR and everything in between. Despite the invention of new statistical categories every season, there are still intangibles that can’t be measured, but can have a huge impact on a team.

Before we can take a look at Parra’s impact off the field, let’s take a closer look at his mark on the baseball diamond, and for that, we need to turn back time to early 2019, when the Nationals were struggling in every aspect of the game.

Before May 9, 2019, when Parra signed a one-year major league deal with the Nationals, the team was barely hanging on. Some of their key players, such as Trea Turner, Anthony Rendon and Ryan Zimmerman were injured and their bullpen; well, let’s just say it wasn’t even mediocre.

Not wasting any time, Parra‘s most memorable moment came in his second game in a Washington Nationals uniform on May 11th. Parra’s first hit as a Nationals was a go-ahead grand slam in the 8th inning of a 5-2 victory against the Los Angeles Dodgers. It was an amazing start to Parra’s very average 2019 regular season stats with Washington. Parra played in 89 games for the Nats while playing every position except shortstop and catcher.

Yes! He did pitch. Another memorable moment came on August 3, 2019, against the Arizona Diamondbacks when he was called to pitch in the 8th inning with the Nationals trailing 11-4. Parra ended up giving up five runs on one hit and four walks while throwing a total of 25 pitches, but he did save some bullpen arms at the beginning of a road trip.

Aside from his poor pitching line, Parra finished the season hitting .250 with a .447 slugging percentage and a .747 OPS. He also hit eight homers and drove in 42 runs while wearing the Curly W.

Parra’s impact on the field wasn’t MVP caliber or what legends are made out of; Parra’s effect on the team was more than just a clutch grand slam in Los Angeles or his 25 pitches in a total blowout in Arizona.

Parra’s ability to make those around him relax and enjoy the game and what he brought to the clubhouse is what made him an MVP and a legend here in Washington D.C.

As a fan of the Nationals since they came to D.C. I’ve seen many players come and go. Some were amazing on the field, and some not so much. I’ve read countless articles about Jayson Werth’s leadership in the Washington Nationals clubhouse and the energy he brought to the Nationals, and sometimes it showed on the field in an interview after a game. I’ve seen chocolate syrup celebrations, to the pie’s in the face and the Gatorade baths; however, while those were fun for the players, they never really reached the fans AND players. That is until Gerardo Parra’s famous walk up song: “Baby Shark.”

Granted, the “Baby Shark” song is annoying. Having two younger kids hearing it at the stadium was annoying, but looking back at the 2019 season and experiencing and doing the “chomp” as a fan was special.

Who could forget Atlanta Braves first baseman Freddie Freeman’s face when he saw Nationals fans “dancing” along to “Baby Shark”, or who could forget seeing Stephen Strasburg dancing with Gerardo Parra in some great clubhouse celebrations? Or what about Nationals players looking to the dugout and doing some version of the “chomp” to celebrate getting a big hit or knocking in a run. And lastly, who could forget the sunglasses that he and Aníbal Sánchez made famous during the season?

The sunglasses not only became a staple throughout the season but were treated as lucky charms for a team that had steadily turned around its season after a woeful start.