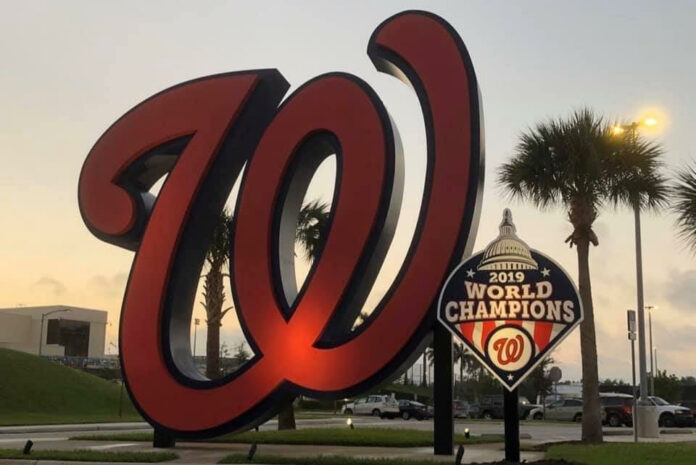 Some interesting highlights include:

Cavalli, 22, is Washington’s №1 prospect, according to Baseball America. The tall, powerful right-hander will participate in his first Major League Spring Training after being selected №22 overall in the 2020 First-Year Player Draft out of the University of Oklahoma. He was a member of Washington’s 60-Player Pool in 2020. Cavalli spent the entire season at the Alternate Training Site (Fredericksburg) and participated in Instructional League following the season.

Cluff, 24, is entering his third professional season after being selected in the sixth round of the 2019 First-Year Player Draft out of Brigham Young University. He was a member of Washington’s 60-Player Pool in 2020. Cluff spent the entire season at the Alternate Training Site (Fredericksburg) and participated in Instructional League following the season. Cluff is the “Best Defensive Infielder” and has the “Best Infield Arm” in Washington’s system, according to Baseball America.

Barrett, 33, returns to the Nationals for his 12th professional season. He has appeared in 95 Major League games, including five over the last two seasons, as he works his way back from notable arm injuries in 2015 and 2016. Barrett spent most of the 2020 season at Washington’s Alternate Training Site (Fredericksburg) before returning to the big leagues on Sept. 15 at Tampa Bay. On July 23, 2016, while rehabbing at the Nationals’ minor league complex in Viera, Florida, Barrett fractured the humerus bone in his right arm while pitching.

The full list is below via The Washington Nationals