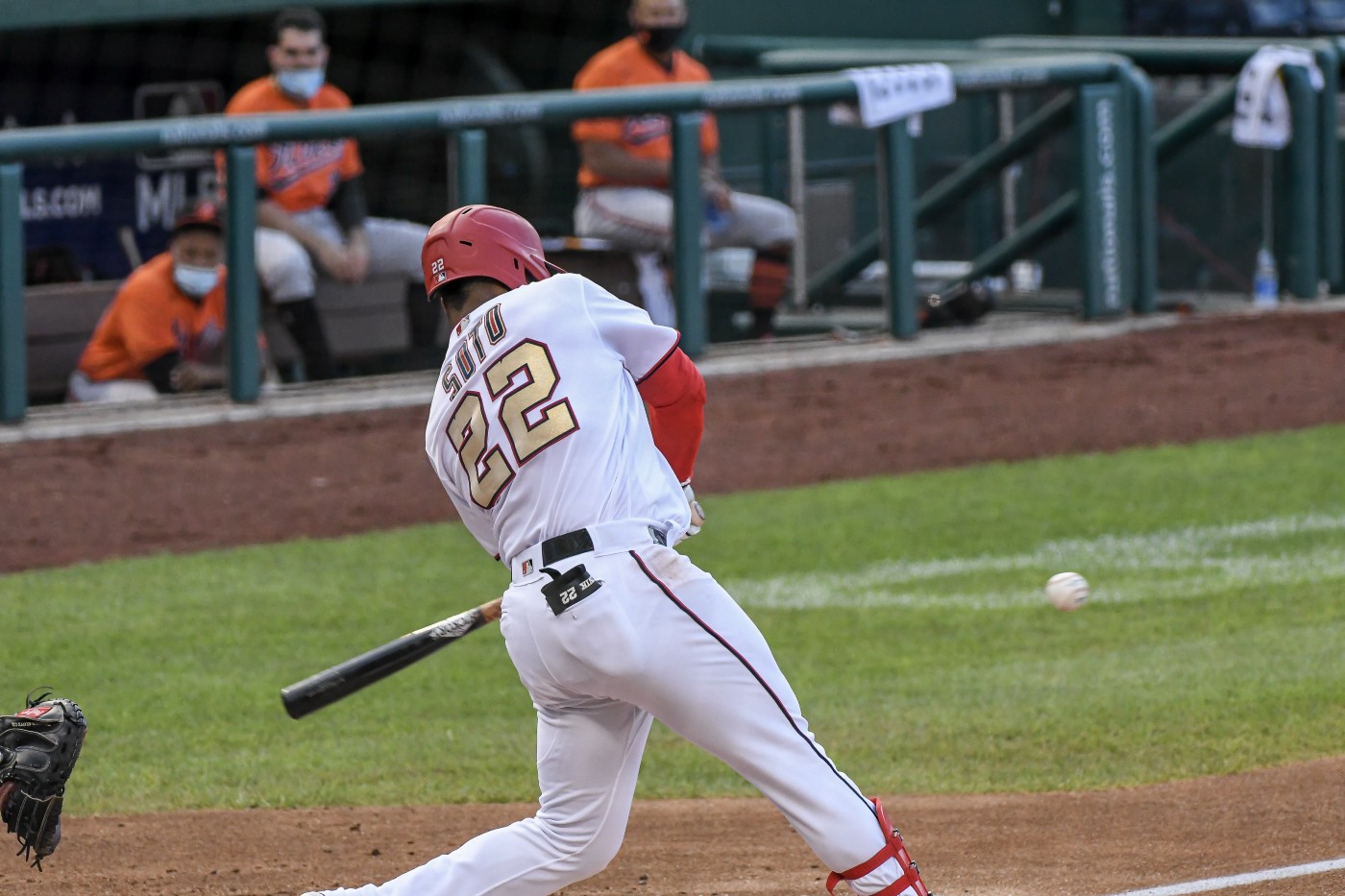 What does Fernando Tatis Jr.'s contract mean for Juan Soto and the Nationals?

Yesterday, Fernando Tatis Jr. signed the third biggest contract in Major League Baseball history. The San Diego Padres agreed to pay their young shortstop a total of $340 Million dollars over the next 14 seasons.

The deal has an average annual value of $24.3 Million dollars and includes a full no-trade clause for Tatis, who has not even had 600 at-bats at the big-league level. Although we look at the $24.3 AAV and immediately think that’s a steal, these types of deals are not always great for the team. If you look at the 42 active contracts in baseball worth over a $100 Million, it is easy to question a good amount of them.  A lot can happen in 14 years, but either way this deal lays the groundwork for what to expect in future mega deals for baseball.

The Nationals have two players that will be due mega deals shortly and the Tatis deal affects both of them. He impacts the shortstop market, which will affect the Turner deal and he impacts the very top of the MLB market, which will affect the Soto deal. In a piece that I wrote yesterday, I projected Turner’s new contract at an AAV of $22 million. That is likely to be the floor now and he could end up closer to the AAV that Tatis received. Obviously, the 27-year-old Turner won’t receive near 14 years, but Tatis’ extension has now set the market for shortstops.

We knew it would be set sooner or later, but it would have been much better if it had come next offseason when shortstops like Carlos Correa, Corey Seager and Trevor Story hit free agency. Now Washington has to deal with a new contract for a shortstop whose recent performance is comparable to Turner’s. This just means that Mike Rizzo and Co. need to move even quicker if they would like the Turner extension to be a relatively simple process.

After this deal was announced Twitter blew up with “what will Soto get?” tweets. While Turner is important to the Nationals, Juan Soto is a generational talent, whose new deal will certainly beat the Tatis contract and likely become the biggest in baseball. Obviously, the goal is for Washington to be the team on that contract. While that is certainly the dream, there are plenty of hurdles in the way. Soto is being talked about like he is the next coming of Ted Williams at the plate and it is hard to argue with that when you look at the numbers.

Although the Nationals have handed out large contracts to position players in the past, in recent years, they are much more known for handing out mega deals to top level pitchers, while letting two elite batters walk. The final and likely biggest hurdle is Scott Boras, who represents Soto. The 22-year-old star is going to get a large chunk of money, but unlike Tatis and Acuna, his representation is known to try and squeeze every dime out of teams and almost never lets his clients reach free agency. Soto still has three more years of arbitration and, based on Boras’ previous clients, he will likely test the market after that.

From the Nationals side of things, it is time to get out in front of this. Assuming they have the same budget next year, they will have almost $75 million available to spend. Hypothetically, they could take $22 million of that available cash, add it right to Soto’s 2020 deal and do that over the next 14 years.

That would put his AAV at $30.5 million and create a contract total of around $427 million. Soto would then be locked up until he is almost 37 years old and effectively be in Washington for life. Do not get me wrong, that is a massive number and I do not think most businessmen would give it to someone when they know they could have the same product for less money over the next three years. However unlikely, this is the type of move that the Lerners need to make. Ownership is going to have to go big if they are going to get the best hitter in baseball to commit to the franchise AND finish the more difficult task of getting Boras to agree.

The Lerners are going to have to stroke Boras’ ego and this deal might just be enough to do it. This hypothetical deal would be the biggest deal in baseball, surpassing Trout’s by half a million dollars. With Tatis and Acuna already locked up, I would bet that this “biggest deal in baseball” medal would last longer for Boras than the few days that Harper’s deal did and it would make Nationals fans extremely happy.

Based on the Nationals’ negotiations in recent years, I do not think this hypothetical is likely, although I believe something similar is what it would take. At the end of the day, baseball is a business and I am sure that a deal like this would be approached with that in mind. Fernando Tatis Jr. changed baseball yesterday and Juan Soto is going to do it again at some point in the near future.