HomePerspectivesPerspective: The Months of June and July are going to be the... 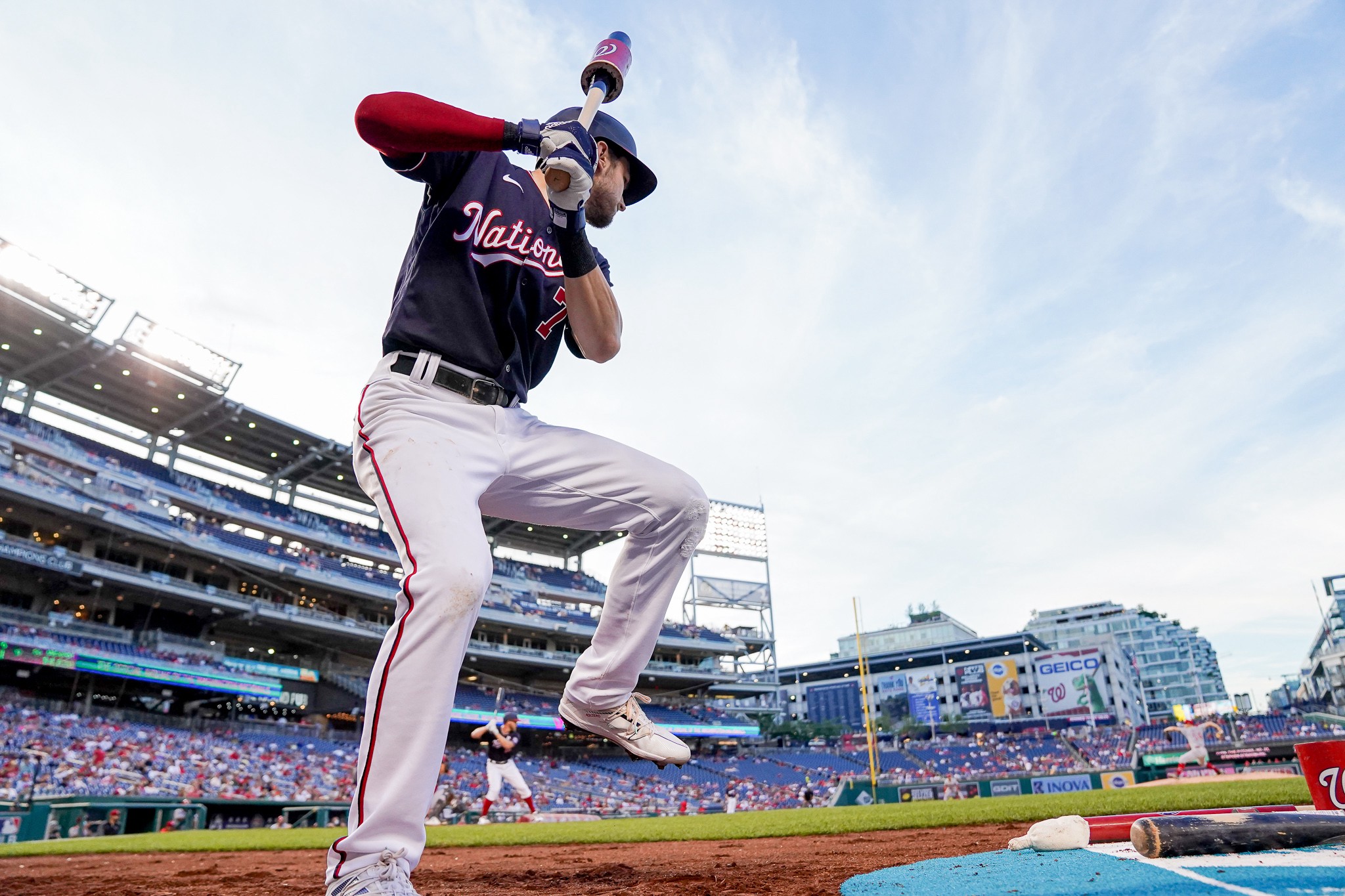 Perspective: The Months of June and July are going to be the Most Important Two Months for the Washington Nationals in a long time.

What happens next might shape the Washington Nationals well beyond the 2021 season.

During the offseason, we already believed that the Washington Nationals were at a crossroads and that a lot would be riding on the 2021 season. However, few of us thought that the decisive moments would come in June and July.

At the beginning of the 2021 season, many thought it was unlikely the Nationals would win the NL East, but maybe they could sneak into the playoffs as a Wild-Card team. There were many pieces and many unknowns that had to come together almost perfectly for this to happen. GM Mike Rizzo put a lot of stock into signing former Chicago Cubs outfielder Kyle Schwarber, took a chance on unproven third baseman Carter Kieboom, and traded for first baseman Josh Bell.

From the outside, these signings and calculated risks were significant because it appeared like Mike Rizzo was on a strict budget and shopping in the bargain aisle while trying to fill out the roster. With Bell and Schwarber hitting homers and driving in runs during Spring Training, it looked like the Nats GM had pulled a fast one on the rest of the league. But all that changed before Opening Day, when those players were forced to quarantine due to exposure to COVID-19 and their hitting seemed to go with them.

(Related Article: Is Carter Kieboom’s time with the Nationals coming to an end?)

While it might still be too early to see if the chances taken on these players will work out, it is looking more and more likely that the pieces of the puzzle will not come together for Washington this season.

Is it still too early to push the panic button? If it isn’t too early, the time might be fast approaching.

But before we hit that panic button, one has to think that the upcoming two months of baseball is not only important for the Nationals 2021 season, but it is going to be just as important for the future of the franchise.

There are only really two roads that the team can take over the next two months:

Road #1: The Nationals bats come alive and make a run in the NL East during the month of June and into mid-July

Obviously, this is the best situation for both the Nationals and their fans. We could easily see a scenario that when the weather heats up in Washington D.C. so do the Nationals’ bats. However, if it comes true, this situation does raise its own set of questions. If the Nationals are in playoff contention or close to it, does Mike Rizzo and the front office make a serious move at the trade deadline? Who would even be available at the deadline? What is the position or

positions of need? Would the owners allow them to add payroll? If you really think about it, even though it might be fun for Nationals fans and obviously the Nationals to make the playoffs, maybe, just maybe, this isn’t the best solution.

With a depleted farm system and very few prospects that would be available to trade, the front office might be forced into making a decision that they might regret in the long term. We are all aware that Mike Rizzo doesn’t make trades from a position of weakness, but with many believing that the current “championship window” is closing, maybe Rizzo goes all in on a trade.

Another question that one has to ask is: if the Nationals turn it around and are actually in playoff contention, would the front office even make any moves at the deadline? Or would they just go into the remaining two months of the 2021 season with the assets that they already have.

Road #2: The Nationals continue to fall in the standings and become a “seller” at the Trade Deadline

While this might not be the best for the team and also the fans, would it be so bad for the long term future of the Nationals? In this scenario, the biggest question that would be asked over and over and really the only question that would be asked: Will the Lerners learn from the Bryce Harper situation and actually trade Max Scherzer to help replenish the farm system?

We can look back to the summer of 2018, when the team was out of playoff contention and, according to sources, the Houston Astros wanted to trade for right fielder Bryce Harper. The return for Harper was rumored to include pitcher J.B. Bukauskas, catcher Garrett Stubbs and another pitching prospect. In the end, the Lerner’s rejected the trade and Harper left as a free agent in the offseason. Looking back, not trading Harper was a missed opportunity for the team to start their rebuilding of the depleted farm system.

Maybe none of those players would have succeeded in the majors, but they were at least assets that the team could use to potentially acquire other players. Hopefully, the team learns from this, takes the emotion out of who is being traded and makes the very uncomfortable decisions if needed.

As of right now, I am not advocating one way or another because it is way too early and I think that my decision would be based upon the trade package. Another question that could be asked: Is Max Scherzer the right player to be even traded? Are there players on the roster who could bring even more in return?

As the calendar flips to the month of June and with the MLB trade deadline approaching, the next two months for the Washington Nationals are going to be critical not only for the 2021 season but also the long run.

I really can’t remember a time when there was so much riding on games in both June and July for the Nationals. Hey, it might be the first time for the team. The great thing about baseball is, you never really know what is gonna happen, so you just have to wait and see.