Washington Nationals Ace Max Scherzer to Miss Next Start on Wednesday per reports. (updated with a quote from Scherzer)

The Washington Nationals ace experienced discomfort during a bullpen session today and will miss his next start per reports. 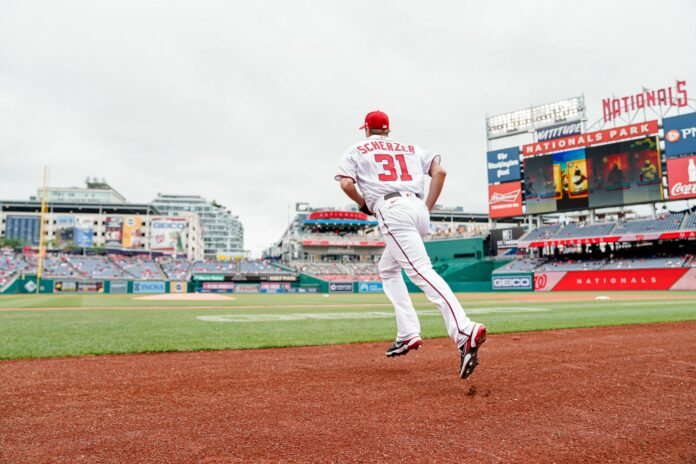 Max Scherzer while taking questions from the media before today’s game said the following: “I’m able to do something more every single day. That’s why I said I might be able to make it in time for Wednesday, but you just can’t. ‘Might’s’ not a good word in June.”

The injury bug has definitely hit the Washington Nationals. Hey, one could say that the Nationals have been dealing with the injury bug since Opening Day. Max Scherzer seems to be the latest victim.

As everyone knows, the Washington Nationals Ace left Friday night’s game against the Giants in the first inning and only throwing 12 pitches.

Jessica Camerato of MLB.com, [Twitter link] reported that Max did in fact experience discomfort during his bullpen session and will not make his next scheduled start on Wednesday.

During a post game press conference and before Scherzer headed to the MRI, he stated that “I could feel it on one pitch and that’s where I knew I didn’t blow through it. Even in that warmup pitch the second time that, ‘Hey, I didn’t blow through it.’ I got something here, I can only make this worse if I continue to pitch. Going into the clubhouse I was frustrated as hell to go out, but there was nothing I could do about it. I wasn’t worried really beyond that this was just a little grab and it turns out that’s what it was.”

The Washington Nationals have not made any official announcements.