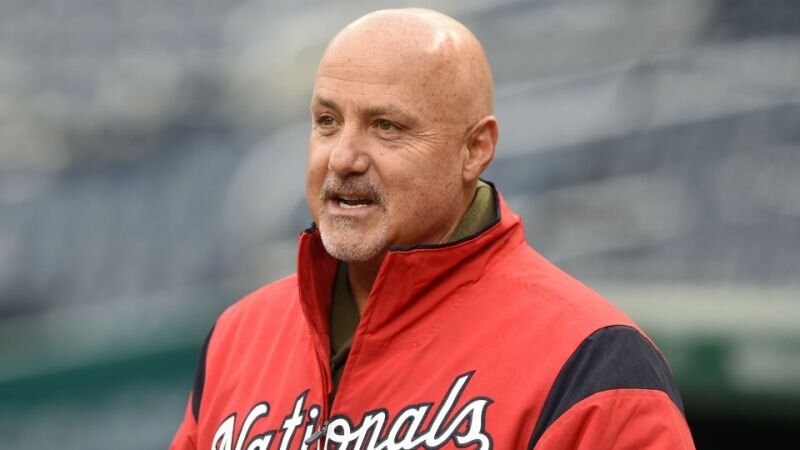 Why Haven’t The Washington Nationals Locked Up GM Mike Rizzo?

One would think that winning your organization’s first World Series, you would want to lock up at least your General Manager right after you win the WORLD Series! Nationals fans must be asking themselves what on earth is the holdup in ensuring that Mike Rizzo, whose contract is up in four months, continues to lead the Nats for a long time?

According to multiple sources to The Athletic, it is “It is perplexing, to say the least that there still have been no talks of a new contract for Rizzo.”

Listen, every team goes through a process, and every team goes its own pace and being that for the first four months, the country was dealing with a significant health pandemic. But now it’s time to act and act fast. There is only four months left to make it happen, and I am sure that there will be many MLB teams that will bid for his services.

Nationals ownership has handled extensions for Rizzo at a slow pace, and they wait a while. Back in 2016 and then only two years ago in 2018, Rizzo entered both those seasons with an expiring deal, and it wasn’t until after the first home game in 2018 that Rizzo received his contract extension, but now Rizzo has a World Series on his belt.

Mr. Rizzo told The Washington Post’s Jesse Dougherty in November at baseball’s GM meetings. “The option adds a layer to the situation for obvious reasons,” You’re sympathetic to someone wanting their future solidified, whoever it is. But also, from a management perspective, you assume that you have that year tacked onto the end of the contract. It doesn’t rule out anything happening this spring, or this season, whenever. It just adds a layer.”

For those unfamiliar with Mike Rizzo, he took over as the Nationals general manager from Jim Bowden back in 2009. When Rizzo took over, the Nationals were horrible; however, since having Rizzo at the helm, they’ve won four NL East Division titles, and the Nationals have finished over 500 every year since 2012. From 2010-2019, only the Yankees, Dodgers, and Cardinals had more combined post-season appearances than Washington, which is an excellent company to be in.

Rizzo’s expectation will be a contract that vaults him into the top five of general managers/team presidents in the sport. Rizzo has earned it. Will the Nationals bestow such a deal on him? We hope so. Bottom line Mike Rizzo deserves a contract right now.