According to reports the 2019 World Series MVP Stephen Strasburg will have surgery which will end his 2021 season appearing in only five games this season. 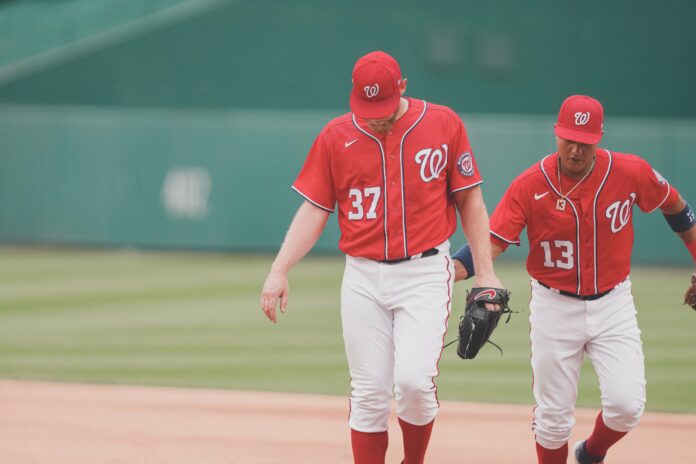 According to Mark Zuckerman of MASN Sports, Stephen Strasburg is too set to have neurogenic thoracic outlet surgery, Davey Martinez reveals. Nationals will hope he’s ready to return next season.

Another dagger into the hearts of the Washington Nationals for the 2021 season.

This will rule out any sort of return for the 2019 World Series MVP Pitcher during the 2021 season. Strasburg only appeared in five games this season and had a win loss record of 1-2 an ERA of 4.57 and only pitched 21 innings. He struck out 21 and walked 14.

According to John Hopkins Medicine, Neurogenic TOS occurs when the nerves leading from the neck to the arm. Symptoms of Neurogenic TOS include pain or weakness in the shoulder and arm and tingling or discomfort in the fingers. This would explain why Strasburg was having some neck pain and maybe he had this last year when he underwent surgery to alleviate carpal tunnel neuritis in his right hand. Additionally, according to John Hopkins Medicine “Sometimes, neurogenic TOS recurs months or years after treatment. This may happen because of scar tissue from the surgical site or because the condition was misdiagnosed.”

We will update with any important developments.