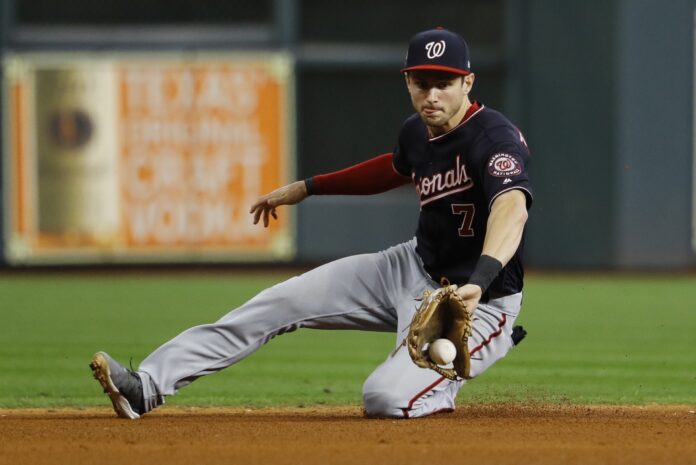 During tonight’s Washington Nationals Game in Philadelphia, Trea Turner was mysteriously pulled from the game in between the top and the bottom of the first inning. Of course, due to the intense speculation about if Trea Turner would be traded, social media exploded.

It was about 20 minutes until the Nationals announced that Trea Turner tested positive for COVID-19 and that is why he was pulled from the game. Parra replaced Turner in the lineup and moved to Leftfield and then Josh Harrison moved in from Left to second base and Alcides Escobar moved to shortstop.

According to Jesse Dougherty of the Washington Post, Luis García was just pulled in Lehigh Valley and will head to meet the Nationals in Philadelphia, eventually replacing Trea Turner on the active roster.

WOW there is never a dull moment with the Washington Nationals that’s for sure.

We will update this article once more information becomes available.

Previous articleBreaking: Stephen Strasburg to Have Season Ending Surgery per Reports
Next articlePerspective: What this Fire Sale Really Means for Nationals Fans. Will there be any Accountability?