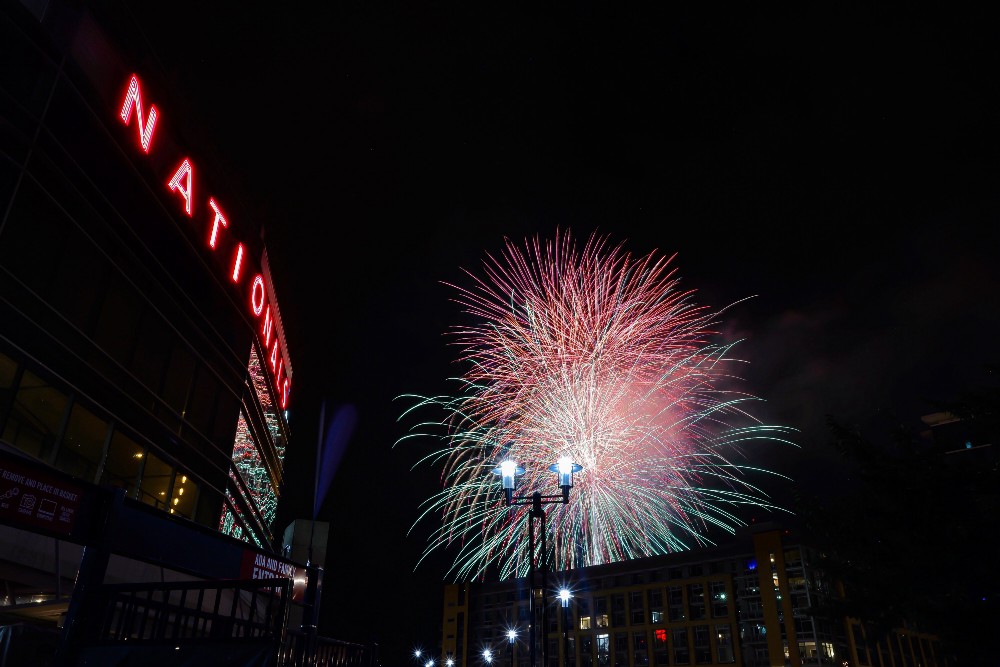 Perspectives: The Future Starts Monday Night when Keibert Ruiz & Josiah Gray will both Appear Together

With the calendar close to flipping to September, the Washington Nationals' future will be on full display on Monday night in the Nations Capital

It will be interesting to see the difference between the two teams competing on Monday night. The Phillies are in second place in the NL East, hoping to get into the playoffs and another hand the Washington Nationals are only a month removed from trading away a significant amount of their key players over the past few years.

The Phillies have finally seen an MVP caliber year behind what was once concerned the future of the Washington Nationals franchise in Bryce Harper. That pressure now rests on the shoulders of a 22-year-old outfielder Juan Soto who has been breaking baseball and Nationals records over the past years since he was called up to the majors in 2018.

Related Article: Perspective: Call Me Crazy, but I’m excited about the Nats future

Since “Black Friday” during the summer, the five prospects that Rizzo traded for having appeared in games for the Washington Nationals and the six-player is close to a call-up. Here is the list of players who have made their Nationals debut and the dates of their debut:

It is the last player on that list that will be the most interesting and what I think is going to be exciting to watch in his Nationals debut. Keibert Ruiz, the centerpiece in the Nationals trade with the Los Angeles Dodgers, will be making his first start behind the plate against the Philadelphia Phillies on Monday.

Related Article: Perspective: Juan Soto Should Be A Washington Nationals For Life

Over the last two years, Ruiz has played at the major league level with the LA Dodgers. Ruiz has played in eight games and has had 15 at-bats, hit two home runs, had two RBI’s, and a batting average of .200.

While in the LA Dodger’s minor league system, specifically at the Triple-A level, Ruiz has played in 72 games and has had 284 at-bats. He has had 59 RBI’s, 30 walks, 33 strikeouts, 21 home runs, and 88 total hits. Behind the plate, Ruiz has performed well.

According to Baseball Savant, Keibert Ruiz has a strike rate of 41.9%. The strike rate is the percentage of non-swings on the edges of the zone converted into called strikes.

Pitching to him will be another important piece in the Nationals trade with the Dodgers Josiah Gray, who has been impressive in his own right on the mound since coming to the Nationals.

Gray, 23, has a 2.89 ERA in five starts for the Nats. He has allowed a total of six runs on seven hits and has struck out 29. However, Gray’s biggest issue that he needs to address is giving up solo home runs.