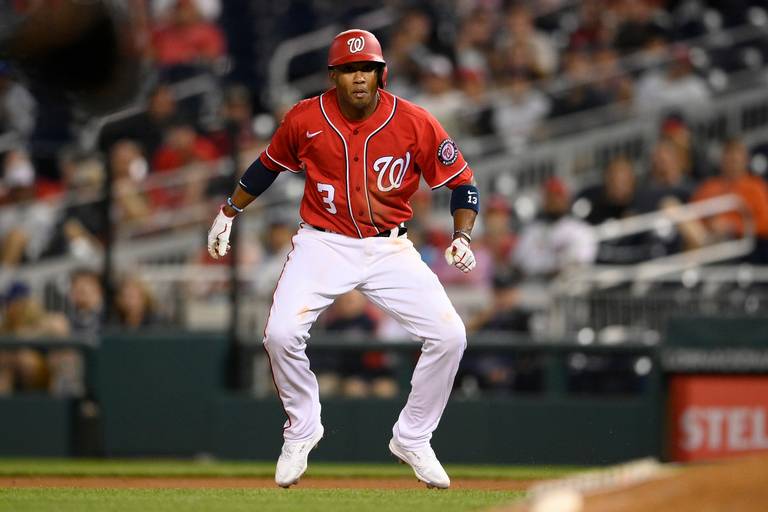 With the Washington Nationals locking up Veteran Shortstop Alcides Escobar, we take a closer look at this 2021 season performance.

With Alcides Escobar signing a new one-year deal to return to DC for the 2022 season, I feel that it is important to review the impact that he had in his 75 games played with the club in 2021. With all of the young talent in the in-field for the future so far, it will be important to have veterans in the clubhouse who can help lead the future crop of young guys.

The one-time All-Star and Gold Glove winner from 2015 surpassed all of his batting stats from that great season in 2021. Discounting his first and second years, Escobar had a career-high in batting average, OBP, SLG%, and OPS. Now extrapolating that over the course of 162 games could produce different numbers, but Escobar showed a consistent ability to get on base and produce for Washington this past season.

Escobar also played shortstop for 503.1 innings for Washington, which is his primary position in the field. Over that time he had a fielding position of .969 which happened to be the lowest of his career at the shortstop position.

But for a player who will begin the next season at 35 years old, it isn’t expected for him to stay at the top of his game. He needs to be serviceable and that is exactly what the numbers show of Escobar. When moved over to 2B Escobar had a fielding percentage of 1.000 in his 134.1 innings, showing that it isn’t all average fielding with him.

With the offseason just beginning for the Nationals, it is difficult to project who will be signed by Rizzo for the upcoming season. So for right now, it is safe to assume that the likes of Garcia, Kieboom, and Bell will make up the remaining infield spots.

Even if there are more veteran players brought in to fill in some gaps, it is very likely that the younger players will still take precedence in innings played and at-bats. But the veteran presence of guys like Alcides Escobar will be absolutely important to the future of the team next season and going forward.