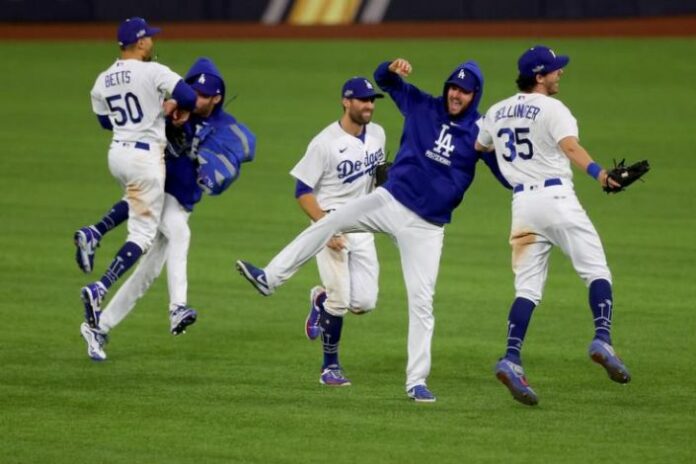 There is some high-stakes drama happening tonight at Globe Life Field in Arlington, Texas. Can the Dodgers finally pull off a World Series championship?

One can argue about the importance of getting a quality start for your team down a game in the World Series. One of the big questions that the Tampa Bay Rays need to answer tonight is left-hander Blake Snell makes it to the seventh inning for the Rays with a lead or at least a tie rather than having the Rays play from behind.

For the Rays to force a Game Seven, the Tampa Rays offense needs to have multiple players set up, and they will have plenty of opportunities to mix and match their players from the possibility of the Dodgers pitching changes. The Rays are going to need the whole lineup to help out Rookie sensation Randy Arozarena. The Tampa offense has seen minimal production out of their key players, such as Manuel Margot, Yandy Diaz, and Michael Brosseau.

If the Dodgers are to clinch tonight, the discussion for the Most Valuable Player award will be interesting. Currently, the favorite to win the award is Corey Seager, who is hitting a .471, 4 RBI’s, two home runs, and a total of eight hits with 23 plate appearances. Seager also has 11 career postseason home runs, which puts him one over teammate Justin Turner who is also a favorite to win World Series MVP.

One possibility floating around is awarding the MVP award to the future Hall of Famer pitcher Clayton Kershaw who has two wins during this World Series and has an ERA of 2.31 with 14 strikeouts 11 innings pitched.

Dave Roberts pitching strategy during the World Series is to have their “big guns” pitch twice and then mix and match in the other two games during the series. Well, tonight happens to be one of those “mix and match” games. We will see how the bullpen will be used.