HomeAll NewsIs 2021 a make it or break it year for Washington Nationals... 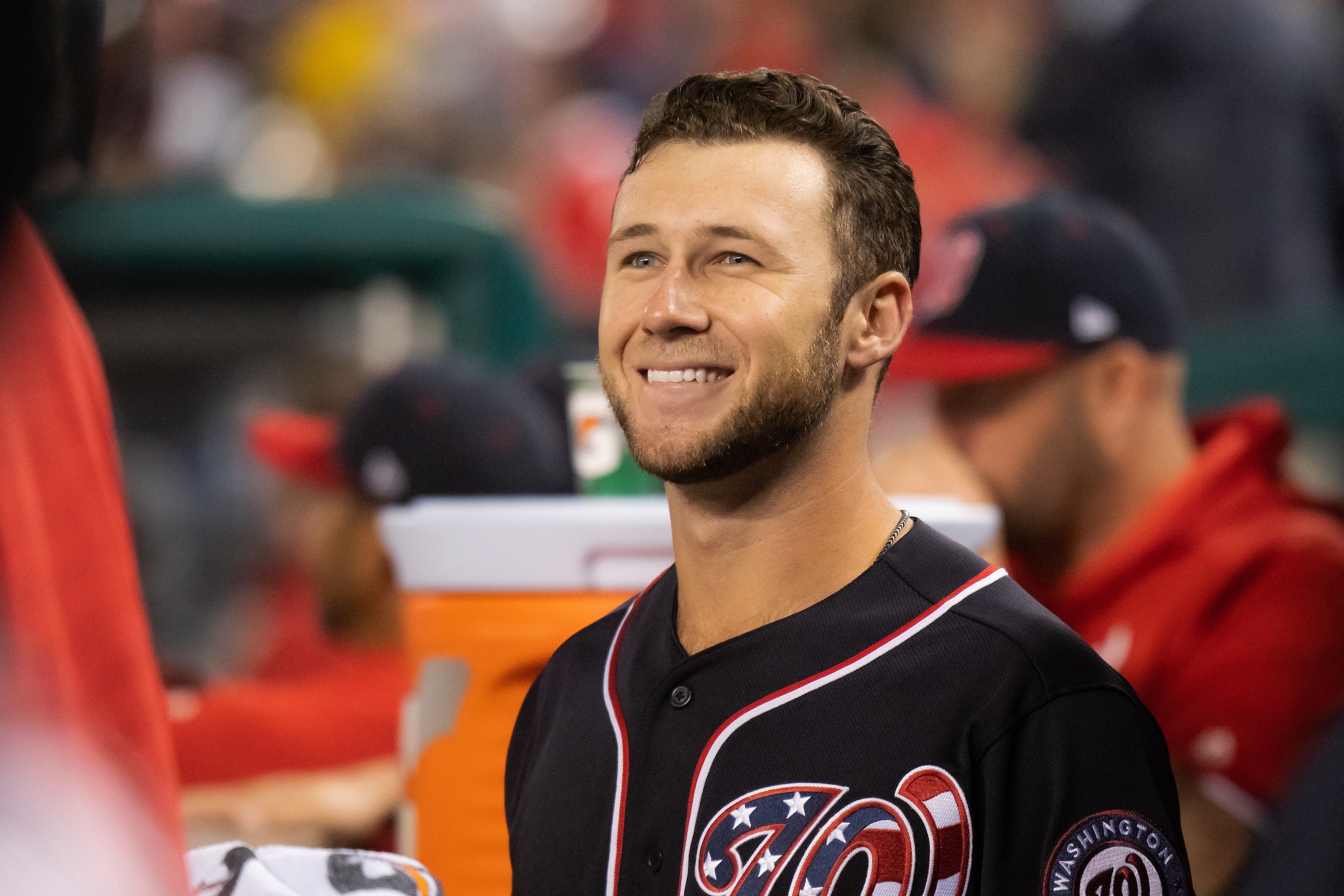 With the sample size small, Kieboom has not displayed power at the major league level yet, but is the potential there?

2021 will mark the second time Carter Kieboom will possibly (and most likely unless something changes) be playing at the major league level. Over the past two seasons, we have seen Carter Kieboom at third base and shortstop, and his results have been mixed; therefore, we started to wonder if 2021 the make it or break it year for the Washington National prospect.

The Washington Nationals drafted Carter Kieboom on June 9, 2016, in the 1st round of the 2016 amateur draft, and was signed a couple of days later. Kieboom played four years in the minor leagues, working himself up to the majors. During his four years in the minors, Keiboom had a batting average of .287, a slugging percentage of .469. And hit a total of 45 home runs and had a total of 208 RBI’s.

On April 26, 2019, Carter Kieboom made his major league debut at shortstop while Trea Turner was on the DL when the Nationals played against the San Deigo Padres. During his debut, Kieboom hit a home run for his first major league hit. Kieboom was sent back to the minors after only a total of ten games with the Nationals. During those ten games, Kieboom failed to impress the coaching staff at both the plate and the field. Kieboom finished with a batting average of .128 and only two home runs.

At the shortstop position, Kieboom committed four errors and, with poor performance, didn’t even get called up when the rosters expanded and didn’t make one playoff appearance. However, Kieboom did play in the 2019 Futures game at Progressive Field in Cleveland, Ohio.

In early 2020, after the departure of Anthony Rendon, Nationals Manager Dave Martinez said that Kieboom would move to play and become the full-time third baseman. Kieboom had the opportunity to capitalize on a shortened 2020 season due to COVID and excel at the game and batting. In 2020 for the Nationals, Kieboom played in a total of 33 games, hitting .202 with no home runs and only nine RBI’s before his season ended early due to a left wrist contusion.

Carter Kieboom is having trouble remaining and playing at a major league level. It wouldn’t make sense to leave Kieboom in minor leagues for now, as he needs to have more exposure to major league pitching and what it would feel like to play a full season. However, if Kieboom doesn’t make significant strides to improve at the plate, it might make some sense to see what other options the Nationals have.

While no one will replace Anthony Rendon at the hot corner or even at the plate; however, we think that Kieboom needs to make improvements. It might be too early to cut bait with Kieboom, but 2021 should be a year to see progress all around.

What do you think? Let us know in the comment section below.