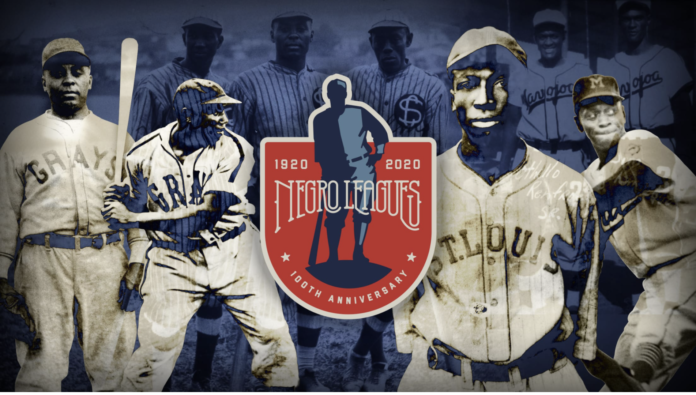 Wednesday, December 16, 2020, Major League Baseball announced that the Negro League would be apart of its official records. Addressing what MLB described as a “long-overdue recognition,” Major League Commissioner Rob Manfred on Wednesday bestowed Major League status upon seven professional Negro Leagues that operated between 1920 and 1948. The decision means that the approximately 3,400 players of the Negro Leagues during this time period are officially considered Major Leaguers, with their stats and records becoming a part of Major League history.”

Manfred went on to say: “All of us who love baseball have long known that the Negro Leagues produced many of our game’s best players, innovations and triumphs against a backdrop of injustice,” Manfred said in a statement. “We are now grateful to count the players of the Negro Leagues where they belong: as Major Leaguers within the official historical record.”

According to MLB‘s official historian, John Thorn stated that during the period of when the Negro League existed, “there was no public outry” about not including the league in the Majors.

“For more than 3,400 players, very few of whom are alive, their families will now be able to say their records were included among white Major Leaguers of the period,” Thorn said. “There’s no distinction to be made. They were all big leaguers.”

When the Montreal Expos moved to Washington, “Grays” was one of the three finalists (along with “Senators” and the eventual winner “Nationals”) for the relocated team’s new name, reflecting Washington’s baseball history. Additionally, A statue of Josh Gibson (along with ones of original Senator Walter Johnson and second-run Senator Frank Howard) stands near the center-field gate.

In February, MLB and the MLB Players’ Association made a joint donation of $1 million to the Negro Leagues Baseball Museum in Kansas City to educate and raise awareness of the impact of the Negro Leagues and its players on the sport and society.

Later on during the year, on Aug. 16, all MLB players, managers, coaches, and umpires wore a symbolic Negro Leagues 100th anniversary logo patch.

According to MLB.com, the decision to include the Negro Leagues in MLB’s official records. MLB’s decision took into account discussions with the National Baseball Hall of Fame and Museum, a 2006 study by the Negro Leagues Researchers and Authors Group and an expanding historical record of Negro League statistics, among other factors.”

Included in Major League Baseball’s announcement, MLB specifically called out historian Larry Lester, a co-founder of the Negro Leagues Baseball Museum in Kansas City, as well as Gary Ashwill, Scott Simkus, Mike Lynch, and Kevin Johnson for their construction of Seamheads’ Negro Leagues Database, which has pieced together newspapers, scorebooks, photo albums and microfiche to provide the complete statistical record of the Negro Leagues to date.

The players that played in these leaagues combined to produce 35 Hall of Famers. The result of MLB’s decision is that Negro League legends such as Josh Gibson, Oscar Charleston, and Cool Papa Bell have achieved the Major League status denied to them in their living years by the injustice of segregation.

Sign up
Previous articleIn the Clubhouse with Pete Medhurst
Next articleMorning Briefing: The Nationals are a possibility for free-agent catcher Yadier Molina
- Advertisement -
You Might Like