Home Perspectives Welcome to Silly Season? Would Eugenio Suárez be a good fit for... 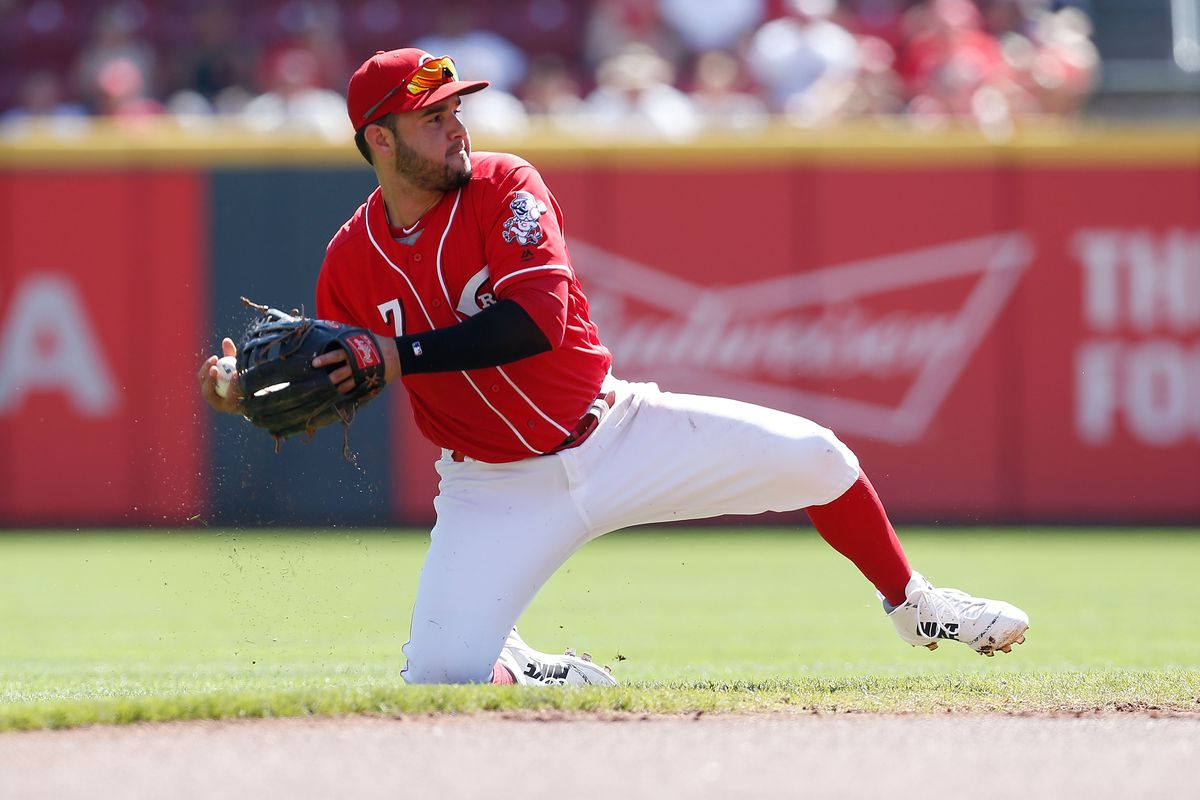 Welcome to Silly Season? Would Eugenio Suárez be a good fit for the Nationals?

With the rumor mill turning, the latest rumor is that the Nationals have been in talks to get Cincinnati's third baseman: Eugenio Suárez.

Shocker, we are writting another: “Would [instert player name] be a good fit for the Washington Nationals?” Oh yeah we are..

Have we entered the silly season yet? Or are we just in the middle of the silly season? Just like every year, the Washington Nationals get tied to every big-name free agent, a lot of trade rumors, a lot of speculation. Every year Washington Nationals fans are treated to endless tweets, web articles, and it turns out this year is no different. Is it enjoyable? It gives us Nationals fans something to talk about, right? Right?

Here are just a few players that the Washington Nationals have been linked to so far this offseason; we are sure that we are missing many other players.

The last player got us thinking a bit and the one we want to talk about. Could Eugenio Suárez be the one for the Nationals this season, or is this another smokescreen? Could this latest rumor signal to the Cubs that the Nationals aren’t desperate for Kris Byrant services? To maybe drive the asking price a bit down to something Rizzo and Ownership be okay to make that type of investment in?

We all know from a recent press conference that GM Mike Rizzo had, he did state that the team isn’t eying Kris Bryant for this season. Could that even be a bluff as we all know that Rizzo likes to trade from strength rather than weakness. Only Mike Rizzo and the leading players involved know what’s truly going on.

Let’s take a closer look at what a trade for Eugenio Suárez would look like and even if it is a good move for a minute.

Let’s start with taking a look at Eugenio Suárez.

We all know that third base was a problem for the Washington Nationals ever since Rendon left. \ In 2020, the Nationals ranked 18th there in wRC+ (89) and tied for 26th in fWAR (minus-0.1), and Carter Kieboom couldn’t seize the moment and be the Washington Nationals third baseman on a full-time basis. There have been public statements by both the Manager and the GM saying that Kieboom is their guy, but do you expect anything else?

Two seasons ago, Suarez was a 49 homerun hitter, and during the 2020 season, his numbers declined. However, he still posted a slightly above batting average of .202 and hit 15 home runs in 231 plate appearances. The decline in numbers make a bit of sense, 2020 was a shortened season, and the players had to start and stop in their preparation. But what makes Eugenio Suárez an attractive option to the Nationals is that he is 29, and he is only due a reasonable $43.5 MM through 2024 and has a $2MM buyout option for 2025. He has long term control and is reasonably priced over the next few seasons. Plus, Plus. Suárezhas a very team-friendly deal.

Here comes the rub, what would it take for Cincinnati to move this player.

Back to the question posed in the headline: How should us Nationals fans deal with the Nationals being linked to every big-name free agent and trade rumor. We say: Enjoy the ride.

Instead of talking about trades, or big agent signings, our organization could be a fire sale and talking about the possibility of re-builds and just pure craziness. Instead, we are talking about adding pieces to a team that could compete with others in the Majors.

Previous articleMorning Briefing: Washington Nationals Get Snubbed. Do not have any Sunday Night Baseball games on ESPN in 2021
Next articleThe Morning Briefing: Welcome to Silly Season? Would Eugenio Suárez be a good fit for the Nationals?