Former Washington Nationals player Howie Kendrick has announced that he is retiring from baseball after 15 years in playing professional baseball. 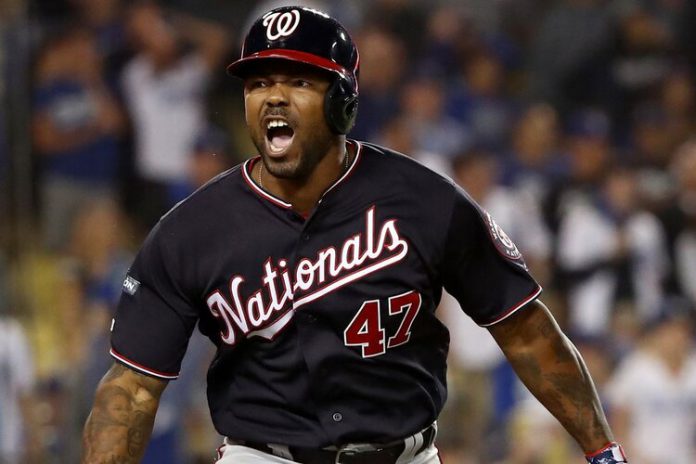 In an Instagram post, former Washington Nationals player Howie Kendrick has announced that he is retiring from baseball after 15 years.

In the post, Howie Kendrick mentions all the teams he has played for over his 15-year career, including the LA Dodgers, LA Angels, the Philadelphia Phillies, and the Washington Nationals.

In his post, he calls out the Nationals and says: “thank you for embracing me as one of your own. I feel as though I’d been a National my whole career and the wild, humbling and crazy ride we had in 2019 truly culminated everything I’d learned in my career, and we all became World Champions. To my teammates throughout the years, thank you for the times and hardships we’ve shared. I’ve learned from you and hopefully taught some of you the bits and pieces I got from the guys before me. To the fans, without your support and love for the game, our stage and lights would not shine as brightly as they do. Know you will be missed as well. I will always love the game of baseball and will constantly reflect on the lifelong memories made. For now, it’s time to drop the mic and enter a new stage of my life.”

In the World Series against the Houston Astros, Kendrick had a batting average of .280, an OPS of .708, a slugging percentage of .400. Howie Kendrick had 3 RBIs, one home run, seven hits, 26 plate appearances, and appeared in all seven series games.

We will update as more quotes become available.

Sign up
Previous articleSpecial Report: The Homestead Grays and It’s Impact on Washington D.C.
Next articleThe Morning Briefing: Howie Kendrick Announces Retirement from Baseball
- Advertisement -
You Might Like