Home Perspectives Howie Kendrick's Impact on the Washington Nationals. It goes way beyond the... 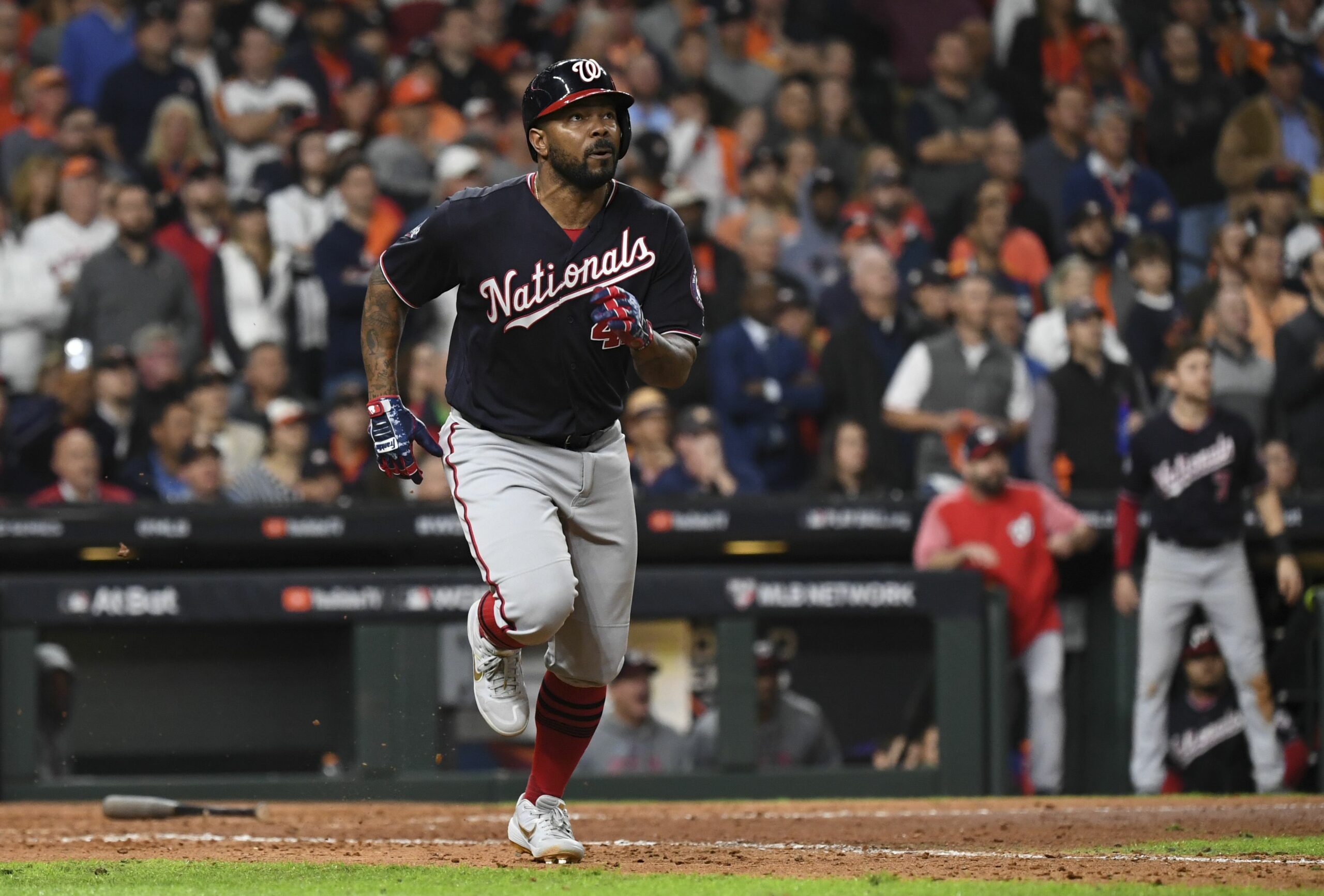 Howie Kendrick’s Impact on the Washington Nationals. It goes way beyond the stat sheet.

Sometimes a player's impact goes behind the back of their baseball card, and Howie Kendrick's impact on the Washington Nationals will be forever felt.

In light of Howie Kendrick’s announcement last night that he will retire from baseball, it got me thinking about what kind of impact a player has on a team and a fan base and how can you measure that impact?

The 2019 Washington Nationals provided a lot of players that made you believe in yourself and made you want to believe that no matter how far behind on the scoreboard the Nationals were going to come back and at least tie the game. One player that was part of that magic was Howie Kendrick.

I don’t specifically remember when the Nationals traded for Howie Kendrick back in 2017, I think that it was one of those under the radar trades that as Nationals fans have come to expect from GM Mike Rizzo. But I do remember being anoyed at Dusty Baker for leaving in Jason Werth who struggled during the 2017 playoffs and not putting in Kendrick who could have been the spark that the Nationals might have needed to get over the hump in 2017.

I do remember back in 2018, when Howie ruptured his Achilles tendon, it felt like air was sucked out of Nationals park, unfortantly it was a sign to come that the rest of season would be filled with a lot of injured players.

Is that what makes a players impact a bit greater? A player that flys under the radar and has a big impact on the culture of the team? From observing from afar it seemed that Kendrick provided something that the Nationals were lacking in years past or what it seemed the team was lacking: just enjoying the game of Baseball. From all the replays, photos and “driving” after a homerun, one can feel the happiness coming from Howie of just being able to enjoy the game without judgement.

It semed from afar, that Howie was just enjoying the game and letting the stress of the moment over take him. During the 2019 postseason, Howie faced and conqured the moment rather than having the moment over take him. Base’s loaded in the top of extra innings against the powerful Dodgers? Grand Slam.. From re-watching video of that at bat Howie seemed to be cool as a cumcumber. After hittting the grand slam you could see how the pure joy and happiness he expressed as rounded the bases and his driving with teammate Adam Eaton there wasn’t anything that moment could bring Kendrick down.

Not only did 2020 rob us fans of a chance to celebrate the Washington Nationals team that brought the city and fans together, it also robbed us of a chance to show our apprication for the Nationals players who seemed happy to be apart of the Nationals despite all the money that they could have made elsewhere.

Forever a champion. Forever a National. Thanks for everything, Howie