Josh Bell a Leader Off and On the Field: Taking a Closer Look at the Washington Nationals Newest Player

What does the newest player Josh Bell bring to the Washington Nationals, we take a closer look at 2019 All-Star first baseman. 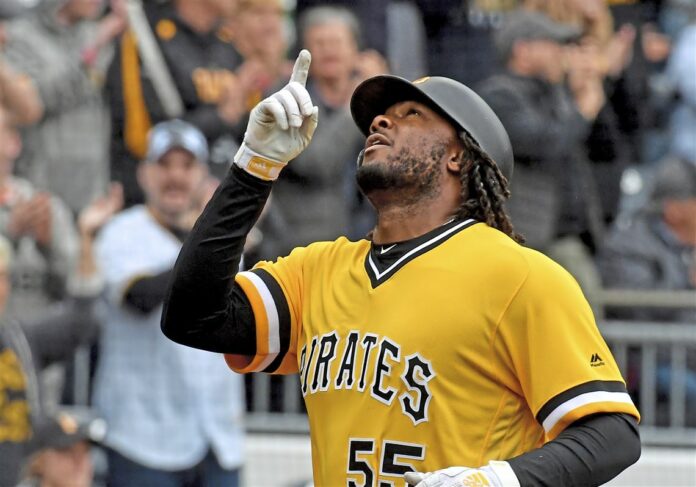 While it will not be until years from now if we know that the recent trade that Mike Rizzo made was a good one, but let’s leave that debate for another time. Let’s take a moment to take a look at the newest Washington National: Josh Bell.

The Pittsburgh Pirates drafted Josh Bell in the 2nd round of the 2011 MLB draft from Dallas Jesuit College Prep in Texas.

In 2011, Baseball America rated Bell as the nation’s top corner outfielder in the 2011 Major League Baseball draft. Before the 2012 season, Bell was ranked the 69th best prospect in baseball by MLB.com.

It wasn’t until the Pirates assigned him to the Arizona Fall League after the 2014 season that Bell played exclusively as a first baseman due to the Pirates carrying Andrew McCutchen, Starling Marte, and Gregory Polanco in the majors.

When Bell made the majors back in 2017, his stats were very impressive. At the end of the 2017 season, Bell had 26 homers, 90 RBI’s, and finished third in the National League Rookie of the Year voting.

Although Bell struggled in 2020 (by the way, who didn’t?), he did have an impressive 2019 season. During the 2020 season, Bell hit .226 with eight home runs and 22 RBI’s. However, on defense, Bell was pretty solid at first base, which could be one of the main reasons Rizzo traded for him. During the 2020 season, Bell only committed four errors all season and had a fielding percentage of .984. In five seasons at first base, Bell has only committed 36 errors and has a fielding percentage of .991

Josh Bell off the Field

His involvement in the Pittsburgh community was rewarded as the Pirates’ nominee for the 2020 Roberto Clemente Award. Even Pirates general manager Ben Cherington had high prise for Bell: “I obviously respect him as a player on the field, but really do truly respect him as a person,” Cherington said. “I felt like I learned a lot from him in the last year. So that’s a difficult conversation when I made that call [Thursday].”

Back in September, when a reporter from the Pittsburgh Post Gazette approached him and said that many thought that he was the “Face of the Franchise,” Bell responded by saying: “It is something that I never really thought about unless I was talking to some of you guys… In the clubhouse every day and around the guys, I don’t think anybody treats anybody differently in regards to being more recognizable. That might be a different story around Pittsburgh. People are excited to see the Pirates when we’re playing well. You want to be the face of the franchise on a winning team. That’s what we all strive to be. We strive to be winners. That’s the most important thing. So I don’t think there’s any added pressure. It’s just continuing to focus on winning games.”

With two more years of team control, the Wahington Nationals and GM Mike Rizzo hope that Josh Bell can join Juan Soto and Trea Turner as essential pieces of the lineup that struggled to recover from Anthony Rendon and Bryce Harper departure over the past two years. Additionally, his impact off the field could be a great addition to a clubhouse in a transition. We all know how important a person fits into the clubhouse is just as important as what they do on the field.

From the looks of the trade right now, it seems that Rizzo has made a great trade. Bell could be a great player and an answer at first base for the next two seasons, and bring the necessary power and protection to Juan Soto. The Nationals are chuck full of the top-line pitching prospects, so trading on the prospect that is only 18 in Eddy Yean and Wil Crowe could prove to be another Rizzo move that we never second guess.

Only time will tell, but we are sure ready to enjoy the ride.

It might be time for Major League Baseball to step in and finally fix the MASN Saga once and for all.
Read more