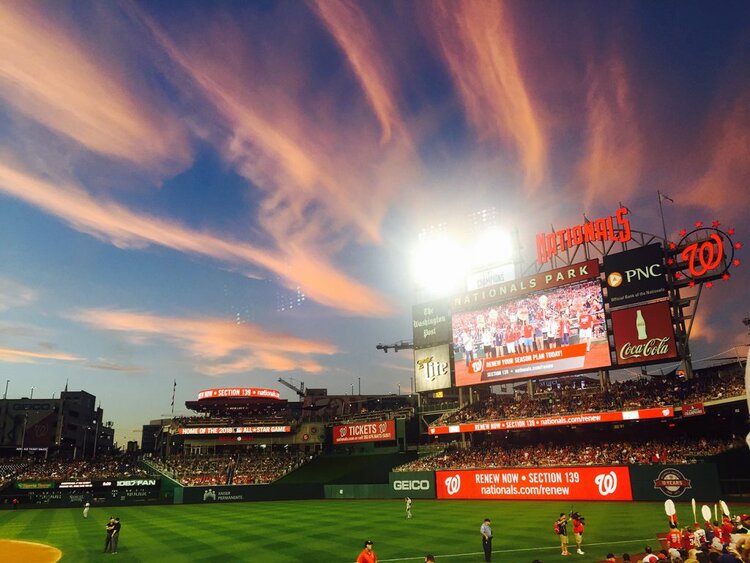 With the end of 2020 coming to a close we take a close look at five Washington Nationals stories and take a look towards 2021.

Before we finally flip the calendar to 2021, let’s rank the top five Washington Nationals stories of 2020 and take a look at five storylines for 2021

No 5: Juan Soto gets a Silver Slugger Award and has a breakout year

While many Washington Nationals observers always knew that there was a star in Juan Soto, many believe it wasn’t until the 2019 World Series that the Nation saw Soto become a star. In 2020, Soto’s star rose even more within the world of baseball as fans of the National knew that already. Now comes the difficult task of making sure that Soto is a Washington Nationals for life.

No 4: The retirement of Howie Kendrick & Departure of Adam Eaton

No 3: Washington Nationals and Fans Robbed of a Celebration Year

No 2: COVID-19’s Impact on the Washington Nationals

This storyline could have been the top storyline. However, we felt that we wanted to not focus on COVID like everyone else is surely going to do, so that’s why we ranked it second. The Washington Nationals, along with other baseball teams, felt the impact of COVID-19. There were no fans in the stands for all of the shortened 60 game season, owners of teams also lost a lot of money in revenue, and even staff of teams were let go. COVID-19 impacted the Washington Nationals by forcing the team to let go of business staff. Juan Soto didn’t play for a couple of weeks to start the season due to a couple of COVID false tests, a team built for a regular length season never found its footing, oh and don’t forget the Nationals weren’t afforded their time in the spotlight, which they rightly deserved.

No 1: The re-signing of both GM Mike Rizzo and Davey

We wanted to end 2020 on a good note, and a storyline that kind of slipped through the radar of many. Since the team moved to Washington D.C., the Nationals have had a total of eight managers. Not one manager got a contract extension, and that all changed with the extension of Dave Martinez. It was a bit shaky for Martinez, who struggled in his first year in 2017, missed the playoffs entirely in 2018, and then up until the Nationals dramatic comeback from 19-31 in 2019. After the 19-31 start in 2019, many media and fans were calling for his firing. A May 24, 2019 article in the Washington Post titled: “Dave Martinez forced into what he’s least comfortable doing: Selling himself,” outlined the hot seat that Martinez was trying to navigate. We all know what happened after the series against the New York Mets. Martinez was rightly rewarded with a contract extension but, most importantly, became the first Washington Nationals manager to get a contract extension and establish a winning culture here in Washington D.C.

Many didn’t worry that Mike Rizzo’s contract extension didn’t happen until after the end of the season; even Mike Rizzo himself wasn’t nervous. Rizzo came to the Nationals back in 2009 and was promoteed to President/General Manager during the 2009 season. During his tenure, Rizzo had to deal with many ups and downs, oh, and he had the hard decision to shut down ace Stephen Strasburg in late 2012. Many criticized Rizzo for that decision; however, as it turns out, that was the right move to make, which led to Strasburg to end his career here in Washington, D.C.

It might be time for Major League Baseball to step in and finally fix the MASN Saga once and for all.
Read more
All News